Assumed he’d enroll in August or maybe z2nd summer session, so we have a little time, but not much. Need to offer, get him on Groinds and workout the handler situation all in June. @theCBGLive
Jamie Kaiser (@J_Kaiser53) is the hottest prospect in the country for@NewWorldAAU pulling double digit offers in the spring Analyst@jwherron10 caught up w/ Kaiser after a win@TheHoopGroup Southern Jam Fest to talk about his game, recruitment and what the future holds https://t.co/B6n81FdIBc
3 Likes
Hooandtrue May 15, 2022, 2:49pm #628 He didn’t mention us and said fall? Maybe he’s in stealth mode lol

He mentioned all the schools the interviewer didn’t mention that were also involved with him.

Ahh didn’t catch it that way, I thought the question was something different

That Kaiser interview is a prime example of why you shouldn’t take this stuff too seriously. We are not among the schools that stand out, but he’s taking a visit. He’s tired and probably nervous and he’s talking off the cuff and he’s a high school junior. Delve into this stuff at your own risk / for entertainment purposes only.

He mentioned all the schools the interviewer didn’t mention that were also involved with him.

Nope - BC in both categories. Like I said, I’d urge you all to not try to sift through this stuff to get much meaning. But what do I know…

Not trying to criticize you, @Hooandtrue. This stuff is all interesting and fun, and I appreciate you posting it. But sifting through it for clues is not a terribly meaningful enterprise.

Oh yeah I posted the interview moreso cause I think interviews reveal a lot about the character of kids and how they carry themselves. Of course not the end all be all and being a bad interviewee doesn’t mean your a bad person (I should know lol).

Is he at STAB like his brother? Also remember running into Javin one summer at the McDonalds at Barracks. Decked out in Duke gear. The audacity.

Edit: Looks like he is at the Miller School. @JamieShaw5
‘23 Jamie Kaiser has been lights out all weekend. A pure shooter with deep range he’s finishing above the rim in traffic too#HGJamFest https://t.co/MpZdG8kIfs Doesn’t seem to be any interest. He’s very talented physically but that ranking isn’t very representative of where he is. Not real productive.

Another Tafara dunk. #33 in black on the other team is TJ Power. I can only imagine with his face turned away from the camera TJ is telling Tafara “Yo lets team up at UVA?”

I want Tafara bad. Come on Tony he’s our Mamadi with a good handle

Found the twitter video of Kaiser’s dunk in front of Tony last summer. You can see our entire staff at the half court (the main attractions were Milan Momcilovic on the Phenom team and Kwame Evans Jr on team durant) Lol was Williford down at the tournament in Hampton to watch his son? I feel like coaches who have kids on aau teams have a scouting advantage during the dead times. 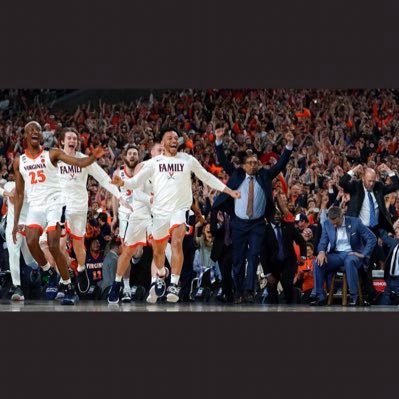 As they should have!

Juwan Howard the last couple of years, too. (Jace)

No, he’s not at STAB. STAB’s boys team probably only has 2 D1 worthy kids atm, Carter Lang and Austin Williford.

Edit - Wait, Rose informs me one of the kids just got offered by NJIT, so apparently there are at least 3.

Edit3 - Rose also informs me that Dyllan Thompson (former Coach Thompson’s son) wasn’t bad (and he’s a good kid), and if he continues developing might get there. But it won’t be at STAB, she got a job in Houston and they’re moving there over the summer. My first thought was with the Comets, her old WNBA team, but they dissolved in 2008 so probably not?