I love this Miami Heat team. Wish KG was still on it.

I still have a way too small UVA Kyle Guy jersey from my grandma! KG FTW!

Random thought but I love Kevon Looney. Dude had just about the most impactful 4 pt performance you’ll ever see. 22 rebounds 5 ast — 11 offensive rebounds!

Esp impressive when you consider he’s not played in the series and barely played all post season. That’s culture he didn’t check out and when his name was called he was ready.

Huh? Looneys averaged 16 min a game in the playoffs.

Did Kihei pull a freaky friday swap with chris paul?

Jeremy Sochan being projected as the 6th pick wtf? lol. Hurts even more when you remember staff thought they had him and then he committed to Baylor and he was that missing interior glue guy defender we needed. Also wonder how Igor felt knowing he put up better stats than Sochan in Germany and yet he barely played while Sochan goes 6th (of course Sochan has the intangibles Igor doesn’t and is a literally an athletic defensive-first versatile forward that Tony would have literally started or played heavy minutes like at Baylor where he was a heavy minutes 6th man guy before their injuries. The most ideal packline front court player). AJ Griffin will be the best player from this year’s draft. Book it.

And if he ends up as expected on NOLA, then they will be super scary next year.

Yeah NOLA was missing a scoring two who can play alongside CJ. Although I really LOVE Herb Jones defensively there, and he can handle the ball. But they need a good sub at the two who can shoot…I will say that AJ Griffins windup is a bit slow and more of a set shot, but his body is NBA ready.

Why would the Pelicans take him when they already have Herb and Trey?
Can Griffin handle well enough to play 2 guard in the NBA?

Because big shooters with defensive upside are the most valuable players in the NBA. BI + CJ + Zion gives them excess of shot creation. And anything that gets Hayes out of the lineup is an improvement 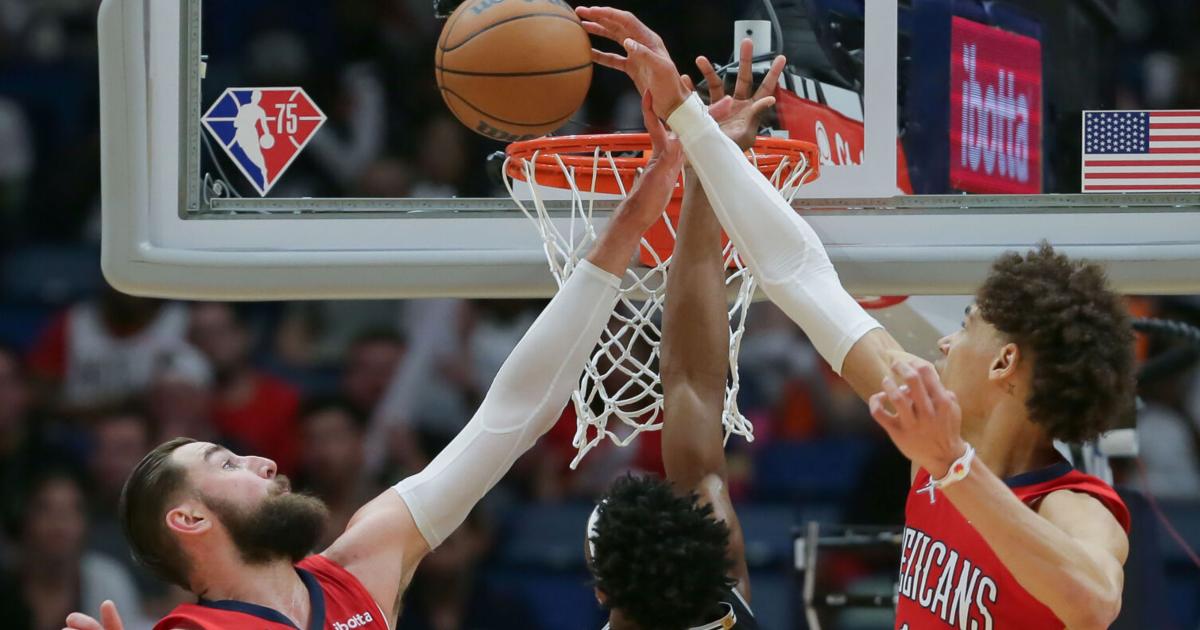 In four years, Jaxson Hayes shot up a full foot.

He reminds me of Reddish. All the tools, but so passive. He should have taken over more games and did not (same with Banchero). I agree that he has lots of upside (which is nuts in a lotto pick) but I worry he doesn’t have the killer instinct game in game out to really do it. A few too many bloomin onions for Mr Keels

Keels’ game has always been surprisingly close to the ground. I remember watching his high school highlights and he only really dunked it when wide open on breakaways. He’s big and strong, but doesn’t have much bounce at all. That was one of a bunch of reasons I thought he’d be a three-year, or at least two-year, college guy. Guess not though.

I thought Keels could be a poor man’s Anthony Edwards, but aside from their builds, the comparison isn’t there. Keels attempts to play some bully ball like Edwards, but he’s not nearly as good. And Edwards has way more strength and athletic ability, ergo the 41 in vert vs Keels 31 in.