Less Than a Month Til Basketbal

Now that we’re less than a month til the 'Hoos tip off the '20-'21 season (and the other thread is at 545 replies lol) it’s time for a new preseason thread. As such, @HoozGotNext @DFresh11 @Marktykobe and I addressed questions off twitter for our first mailbag of many this season. We discussed 2021 recruiting, expectations for Casey Morsell’s second year, and what the most possibly efficient lineup this team could start by the end of the season:

The mailbag is a new feature on Locker Room Access. Fans can submit questions on the forum and on social media for our team to answer. The panel includes Mark Jerome, Doug “Fresh” Smith, Zach Carey, along with myself. Hooz: The answer is Paul VI (VA)...

Best looking podcast in the game.

On the Murphy question you guys say it’s unlikely he will play three years here. Do you think it’s likely even if Trey redshirts this year he will be ready for the draft after the 21-22 season?

Do you think it’s likely even if Trey redshirts this year he will be ready for the draft after the 21-22 season?

Yeah, more likely than not he would. That’s really the whole reason for playing him now, imo. He’s got a real shot at the NBA. Hearing some of the issues we expected with him just aren’t. Like he moves pretty well laterally, can defend smaller guys. Playing the 3 isn’t a problem at all against most lineups.

Hope that waiver application is on the way then! Time for the Chris Beard philosophy where he says his first job is to put his best possible team on the court each season.

Man I knew we were getting a player in Trey but I didn’t realize he would likely be a starter if they make the decision to play him. That’s super exiting to hear.

Tough call. Certainly in his and the programs best interest to get two seasons out of him. Downside is it eats lots of mins from Jabri and possible Justin.

I don’t think it’s a coincidence half of the practice video is Trey. Also heard he is impressing but could put more muscle on (this isn’t really news as Williford said the same in the podcast I think and was already being said in chirpings).

If it’s both in his best interest and the programs he will redshirt. But if he can hit the NBA this year then it sounds like it’s best for him to play

Any idea what the downside is from the staffs POV?

I don’t think there would be any downside from the team’s POV. Decision would be what’s best for him though.

They go through all these questions on the pod. Great show guys. @BDragon with the cameo. 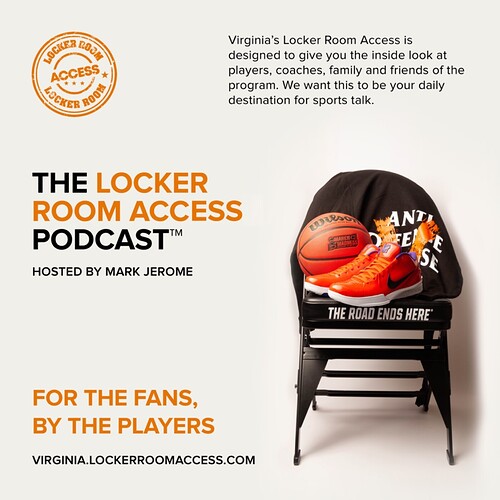 The team answers questions from forum VIP Dumont Walker, as well as social media questions. What’s the expectations for Casey Morsell?What will the rotation look like this season? Who has looked good in practice? For recruiting updates. Checkout:...

Lot of fun choppin it up with everyone, and I even enjoyed listening to it again. @DFresh11 again had my favorite moment of the show.

what was the moment?

“He needs to not go to church so much during the season” That smack you hear is me clapping cause I popped big.

Hav is absolutely hilarious, pure personality and class act.

haha! I missed that. Talking about Jay I assume?

Yup, discussing our predictions for his upcoming season.