Officially the first was “a lateral meniscus arthroscopic debridement procedure” and the second “a nonsurgical procedure to address lingering soreness.”

Whatever all that means.

Man, he never should have been brought back. And yes, easy to say in hindsight, but I also was saying it a couple weeks ago when they were bringing him back and seemingly deciding on a day-to-day basis whether he was ready. If there was still a question day to day whether his knee was good to go, they should have just sat him. They were playing just fine without him. Anyway, hope he gets fixed up and he’s actually good to go next year.

Also, all of this is asterisked because I know nothing about medicine. 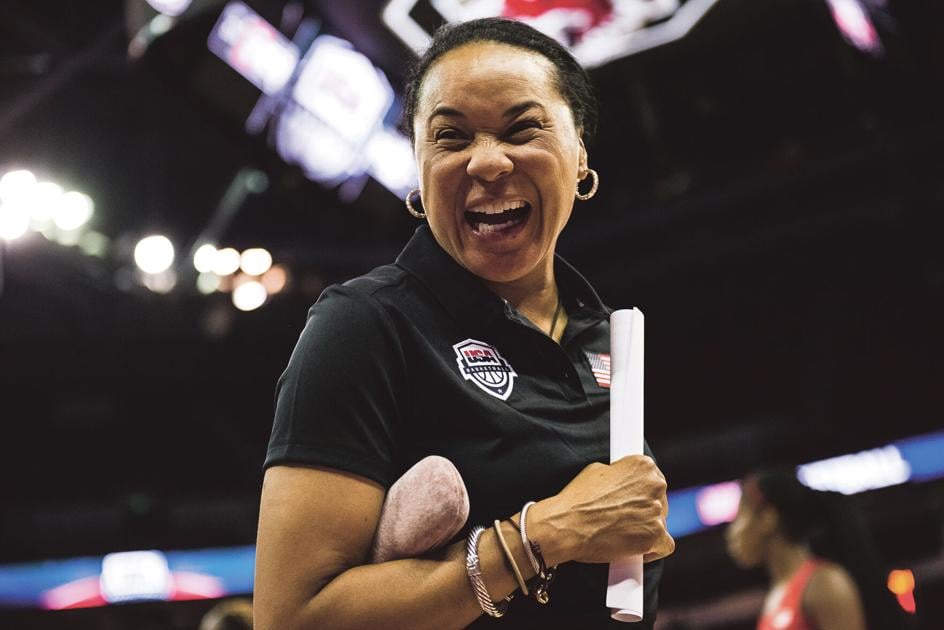 NBA's Blazers have permission to speak to Gamecocks' Dawn Staley about head...

Dawn Staley is on the list of potential candidates to be the Portland Trail Blazers' new head coach.

UVA legend as the first female head coach in the NBA???

Would be tough to turn down if she gets the offer but Dawn is doing great in SC and seems pretty settled in there. Not sure she would wanna go to NBA but who knows

Agree with you there. I don’t see any woman getting a job before Becky Hammon unless Pop’s promised her the job when he retires and she’s just waiting.

Feels a bit random that Dawn is even included goventhe number of women already on NBA benches. But if she’s taking the interview there must be at least some mutual interest

The Durantula is amazing. That is all. We need Beef Jerky Joe to get his mojo back.

Edit: but this could also refer to the offensive sets the Bucks ran in the second half, but in a bad way

Well said “dumb” describes both of those very well.

The Bucks offense has replaced the Harden led Rockets offense as the most frustrating for me to watch.

Van Gundy and Brooks out at the Pelicans and Wizards jobs respectively. Surprised either happened for a variety of reasons but both needed to go. Big news day for the NBA all around

Brooks is a bit surprising this was arguably his best yr in DC (grant a low bar) stan Van never seemed to mesh with the players so less surprising. P

Wow very surprised at Brooks as the team was rounding into form the end of the year. They’re missing a third perimeter complementary scorer which is NOT his fault.
Also, he is Westbrook’s guy so hopefully there aren’t repercussions afterwards?

Lastly, *who are they going to replace him with? I hope they have a plan? I thought once Ernie was out ar GM the Zards may have some direction. Today’s news makes me doubt that. Agree they were actually playing very well in the 2nf half of the season and seemed to have a base to build on. To blow it up again I hope they have someone lined up.

Wow so much drama today this has been a weird day.

I’m not surprised by Brooks. His contract was up. It sounds like there were talks but the Wiz (rightfully) probably weren’t willing to commit the years he likely wanted, especially going into the last year of a Beal’s contract.

Brooks’ provided some stability, but despite the nice ending to this year, I think it still missed expectations. Unfortunately, he’s been plagued by slow starts and bad defensive teams.

It will be difficult to navigate coaching for this one. In my mind, they have one last shot to make something happen before looking at a reload.