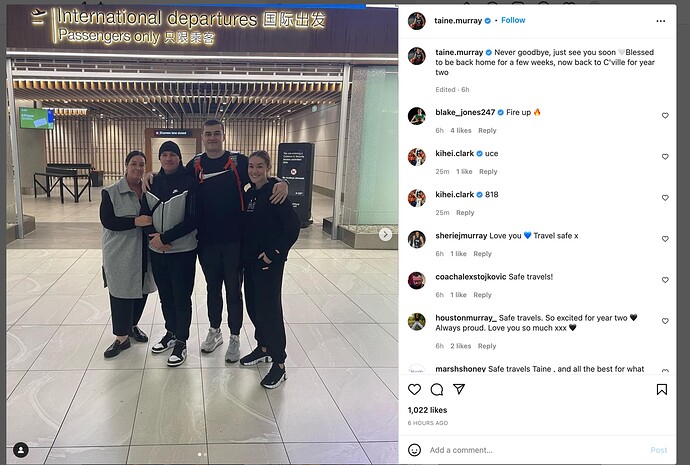 – and everyone is expected back this week.

Going to copy over what I shared in another thread

Hope we can see some of this in action next year.

Also, it looks like Armaan is getting some summer runs in in indiana

If you’re a college hoops news junkie, the Field of 68’s newsletter is a nice daily option to stay current. Field of 68 is the Dauster/Goodman project that has mostly been podcasts, but just added this newsletter. Can the season just start already?

With the Team USA highlights, new ACC and Big 12 players and drama in Ann Arbor, it's hard to wait another five months to watch it all unfold.

Not truly pre-season content, but feels like this is the best thread for it. Broadly agree with Zach’s ranking. Honestly the more controversial arguments would probably come with how you rank 11th through 15th. 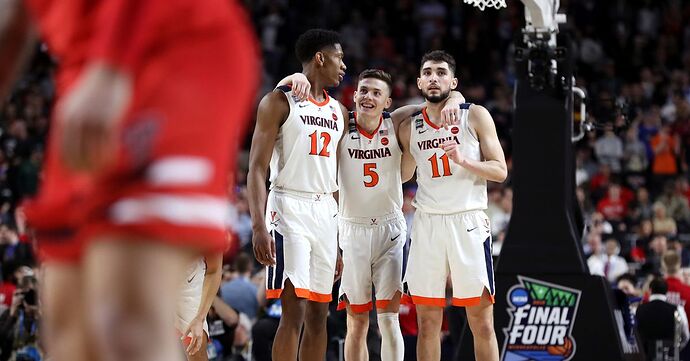 With UVA sports concluded for the 2021-2022 academic year, we’re having some fun ranking UVA basketball players under Tony Bennett.

Reasonable debate for who was the better player but accolades wise they aren’t really close. Kyle is the clear second most decorated player of the Bennett era. Really in a top tier of just him and Malcolm.

Curious as to why Kyle is so wildly popular among UVa fans. More thinking out loud than asking a question. Being said: Thank your God we had Kyle Guy. ha

Yeah, I gotta go with Ty at 2… Comes down to who was the leader of that squad, and it was Ty.

I dont care about rankings and top lists. Nothing will ever be more impressive in my eyes than Mike Scott taking that 2011-2012 team and making Tony’s first tournament at UVA.

Didn’t say they are and I respect people have different favorites. Anthony Gill and Braxton are higher on my personal list than on any sort of consensus list, for example. Just saying if we go on accomplishments rather than our own preferences Kyle is number 2 and there’s a huge gap to number 3.

Also not the point but I agree with Mark Williams winning ACC DPOTY. Now Tre Jones a few years ago was a travesty.

Look up our list of multi time All Americans. Rarified air Kyle is in. And he did it while facing up to a ton of hype. Rare ‘chosen’ player who delivered on the promise.

Yea I get that. But he had a crazy popularity about him as well. I get the awards and achievements

The balls/style/goofiness (whatever you think it was) that allowed him to wear a man bun, dressing the way he does, the subtle arrogance. In old school terms, he’s fly. That’s part of the popularity. Not all of it but it’s part of it.

That sounds like an argument for Ty as a PG to me.

I think Kyle did a very good job building his hype coming into UVA. Burger boy. That slam dunk contest. The documentary. Active on social media (at least by 2014-15 standards). Man bun his 1st year. And then he lived up to the hype. Seems pretty straightforward to me just something that we aren’t used to at UVA where most of our guys don’t express much public personality.

There it is. Explained perfect. Thanks man

I’d just add to what others have said that Kyle was also very emotive and wore his heart on his sleeve. You could always tell he was giving max effort at all times. And he seems like a genuinely extremely nice person. That plus a beautifully pure jumper are a recipe for the crowd liking you.

Ty, and especially Dre, were a little more guarded with their emotions. Although I loved Ty’s kind of sarcastic streak and interviews. Nothing wrong with that at all, but it’s probably part of why folks didn’t connect to them to quite the same level.