I’ll be incredibly surprised if BVP is not in the top 5 for minutes played.

That defensive potential with Dunn and Bond though… but yeah.

@XHoo probably. Even if BVP doesn’t start he will get starter minutes off the bench

Yes but Dave’s metrics will show that despite going 70% from the field, Kihei will be the least efficient player.

Lol …
PER last year - Kihei had the same PER as Caffaro … I’ll leave it there.

Durant still plays tenaciously and is aggressive with his pull up game. Wenyan isn’t nowhere near as quick as durant nor the shooter he is. But maybe that’s just my inner oldhead speaking #WemyanotmyGOAT

I was just looking at all time minutes played in the ACC, and it looks like Kihei is almost certainly going to become the most played player ever in the conference by the end of the year. He’s already number six and is only about 320 minutes behind number one. Crazy. Also, us having four of the top ten is interesting. Maybe less positively, Kihei is also in contention to make the top 10 for most turnovers all time in the ACC. He’s already number 23, but only needs about 30 to move into the top 10. Fortunately, there’s almost no way he can catch the elite turnover machines that were the likes of Jeff Allen and Malcolm Delaney at VT. Although sadly, he’ll probably surpass Seth Allen and Justin Robinson (VT teams have turned over the ball at amazing levels for years - truly impressive).

Durant still plays tenaciously and is aggressive with his pull up game. Wenyan isn’t nowhere near as quick as durant nor the shooter he is.

What about Dirk Nowitzki? I feel like he pretty much changed the calculus on 7 foot players back in the day…

I would say he was still a post player as opposed to a “wing” these modern bigs try to emulate. Now Im sounding like a Michael Jordan defender.

This is more of what I remember as more groundbreaking…

Wish they would figure out some max on games played. terrible

Or they’ll just have to asterisk every counting stat line put up by somebody with the extra year. I know some folks will see that as a negative, but I don’t. It’d just be noting that the parameters were briefly different.

And I know other sports change rules all the time that affect people’s ability to put up numbers, but I feel like this is a somewhat unique very temporary blip. It’s not like the sport was trying to change and then continue on with additional years of eligibility forever. Instead it’s this weird temporary thing, so it feels like it should be noted. But who knows.

game. It’s not fair to compare because it’s really not even the exact same sport.

And it’s even harder in other sports! The NBA has had more or less the same rules since the 3 point line was moved to the current distance. Much bigger changes in the NFL and especially NHL. Heck hockey has changed so much there isn’t even an intelligible way to compare Gretzky to Crosby or McDavid.

He put up a line of 22 points 8 rebounds 8 blocks and a steal in 27 minutes against a team starting multiple top ten picks in this year’s draft when he was two years younger than the rest of the competition. He’s definitely legit.

Caffaro also schooled team USA U18 when he was with Argentina. That doesnt mean much to me LOL

It’s different when you have grown adults and actual schemes and high level IQ players and all of that. Also this draft’s class is pretty weak.

He’ll be good. Probably a Porzingis with a better ability to put it on the floor.

So Porzingis but with a floor game and by my read better defense? So a hall of famer that makes multiple all nba teams? What exactly are you not buying 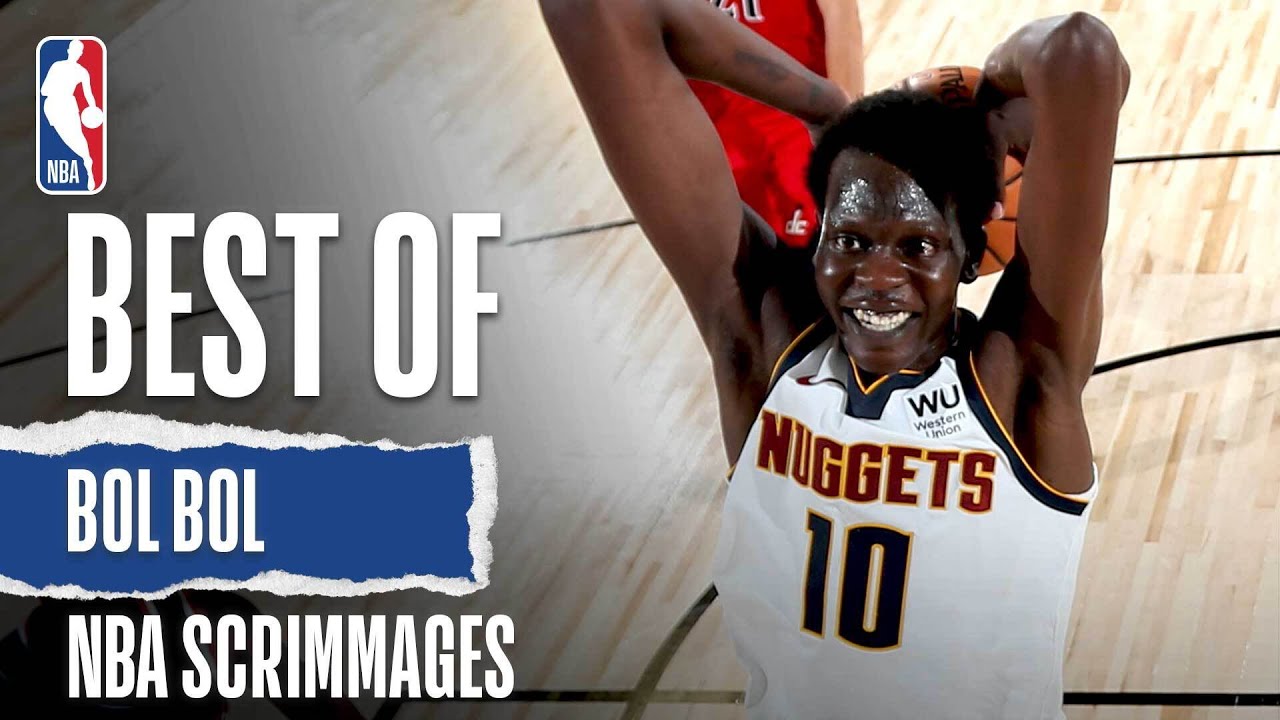 Kristaps was being talked about in the same breath as Giannis before he started having health problems. So he doesn’t have to be much more better than Kristaps to be well worth the hype.

And again, point to the last time a can’t miss NBA prospect actually missed. The NBA doesn’t do a great job with evaluating talent across the first round. But it’s really good with the A+ talents

Bol Bol lmao. If you can’t see the difference between the two I don’t know how to help you

Yeah I think its just agree to disagree its all hindsight anyways LOL. Curry was short and picked 13th and look at it now. I just don’t see it.